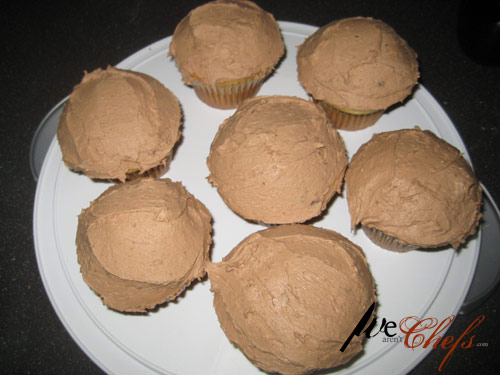 I was baking cupcakes and trying to find a good chocolate frosting recipe that didn’t taste like pure sugar. After a few unsuccessful attempts and a new craving for coconut cake, I found what had been missing. Cream Cheese! The coconut cake frosting I made had a cream cheese base and it dawned on me that’s what I should use for most frostings. A few weeks passed and I tried it, chocolate frosting with a cream cheese base. It called for half the amount of powdered sugar which was a good sign in itself. After it was made I put it in the fridge to harden, well when I pulled it out I thought I had screwed up because it was too hard. I mixed it up and it was perfect, the cream base combined with the coldness make it so easy to spread. Anyways, here she is!

A personal recipe archive for my cooking habit.